This is a very special & fixed departure tour program comprising Rajim Maghi Mela earlier called as Rajim Kumbh Mela, Madai Festival, Tribal dances like Bison Horn Maria and Ghotul. It includes the unexplored regions of Chhattisgarh combining with tribal circuits of Odisha and architectural gems like Bhoramdeo Temple. In Chhattisgarh, you will visit beautiful tribal region of Bastar, Madai Festival and Rajim Maghi Mela. It will be a treat to visit both festivals in one tour program along with Bhoramdeo region, as you are aware Bhoramdeo is known as Khajuraho of Chhattisgarh due to its erotic sculptures based on Kamasutra.

The highlight of this trip is Rajim Maghi Mela, as you know Kumbh Mela is the largest and holiest pilgrim gathering in the world. Everyone knows about Kumbh Mela and its four holiest places as Haridwar, Allahabad, Nashik, and Ujjain but there is a secret fifth Kumbh also, Rajim is that fifth one.

Rajim is just 44 KMS from Raipur the capital of Chhattisgarh state and is a most famous holy assembly for Vaishnavites – the devotees of Lord Vishnu. Rajim Maghi Mela is situated close to the convergence of three rivers Sondur, Mahanadi and Pairi. The monks, Saints, and pilgrims from every nook and corner of India come here and make it a spectacular place to visit. The colorful people, Naga Sadhus (Naked monks) and various folk activities are visual treats for the visitors. This festival gives an amazing opportunity to be part of history, culture, and spirituality at one go.

Another big attraction of the itinerary is Madai Festival celebrated with great excitement and enthusiasm by the people of Gond Tribe reflecting their rich traditions and culture. The communities of Kanker as Kurna and Charnama and the tribal people of Baster also celebrate the Madai Festival. This festival goes from one place to another location thus every tribe and each community take pleasure in celebrating it. You can witness various tribal rituals in the Madai festival like processions, ceremonies and cultural events in their best attires.

The added attractions to this unique itinerary will be the special tribal dances organized in the villages such as Baiga Dance, Bison Horn Maria Dance and Ghotul Dance. These dances will give us the opportunity to learn more about the culture and festivities of the tribes of Chhattisgarh. Chhattisgarh has very rich tribal traditions as many different tribes are living in the state like Gond, Baiga, Maria, Ghotul, Bhatra, and Dhurwa etc. Bastar is still an unexplored region of India.

In Odisha, we will show you the colorful tribal markets of primitive tribes like Bonda and Gadaba. Bondas are one of the most colourful tribes of India. The trip will also offer an opportunity to visit the biggest weekly Haat of Mali and Paraja tribes of the state. Odisha is one of the richest state in tribal culture in India. 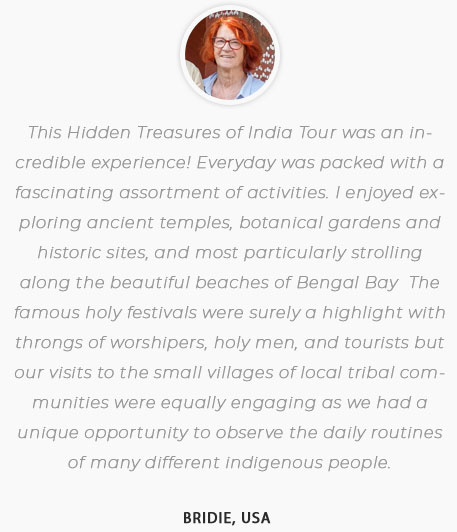 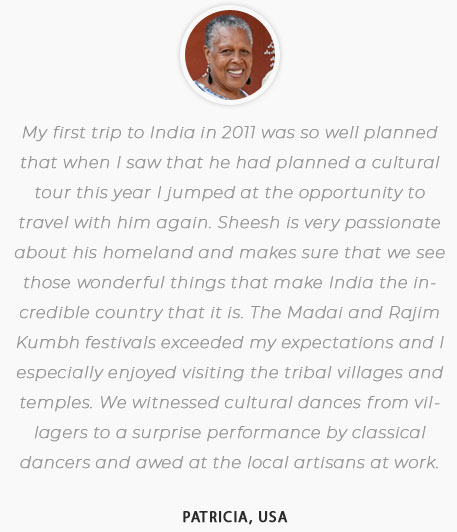 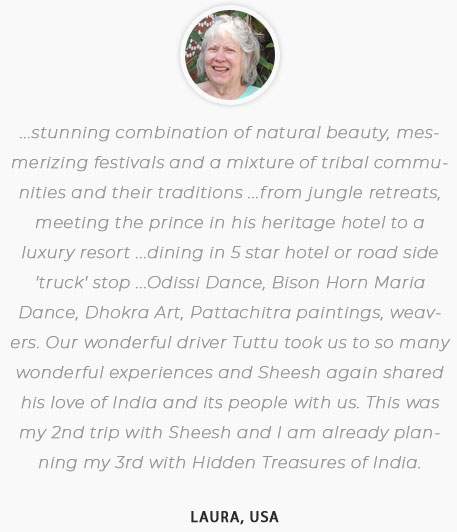 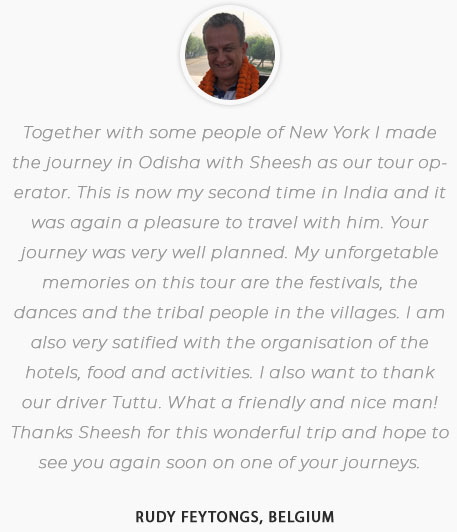